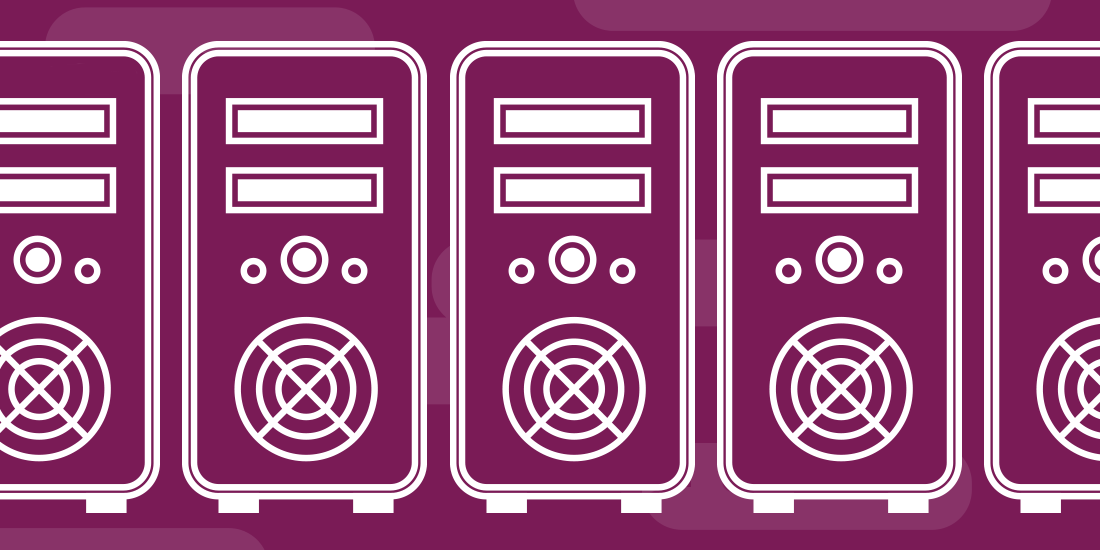 Here’s the reality, billions of credentials have been leaked or stolen and are now easily downloaded online by anyone. Many of these databases of identities include passwords in plain text, while others are one-way hashed. One-way hashing is better (we’ll get to why in a second), but it is only as secure as is mathematically feasible. Let’s take a look at one-way hashing algorithms and how computers handle them.

A hash by definition is a function that can map data of an arbitrary size to data of a fixed size. SHA2 is a hashing algorithm that uses various bit-wise operations on any number of bytes to produce a fixed sized hash. For example, the SHA-256 algorithm produces a 256 bit result. The algorithm was designed specifically so that going from a hash back to the original bytes is infeasible. Developers use an SHA2 hash so that instead of storing a plain text password, they instead only store the hash. When a user is authenticated, the plain text password they type into the login form is hashed, and because the algorithm will always produce the same hash result given the same input, comparing this hash to the hash in the database tells us the password is correct.

The first is called a lookup table, or sometimes referred to as a rainbow table. This method builds a massive lookup table that maps hashes to plain text passwords. The table is built by simply hashing every possible password combination and storing it in some type of database or data-structure that allows for quick lookups.

Here’s an example of a lookup table for SHA2 hashed passwords:

Using a lookup table, all the attacker needs to know is the SHA2 hash of the password and they can see if it exists in the table. For example, let’s assume for a moment that Netflix stores your password using an SHA2 hash. If Netflix is breached, their user database is likely now available to anyone with a good internet connection and a torrent client. Even a mediocre hacker now only needs to lookup the SHA2 hash associated with your Netflix account to see if it exists in their lookup table. This will reveal nearly instantly what your plain text password is for Netflix. Now, this hacker can log in to your Netflix account and binge watch all four seasons of Fuller House (“how rude!”). And he can also try this password on Hulu and HBO Go to see if you used the same email address and password for those accounts as well. The best way to protect against this type of attack is to use what is called a salt. A salt is simply a bunch of random characters that you prepend to the password before it is hashed. Each password should have a different salt, which means that a lookup table is unlikely to have an entry for the combination of the salt and the password. This makes salts an ideal defense against lookup tables.

Here’s an example of a salt and the resulting combination of the password and the salt which is then hashed:

Now that we have added the salt, the “password” that we actually generated the hash from was the String ;L'-2!;+=#/5B)40/o-okOw8//3apassword. This String is long, complex and contains a lot of random characters. Therefore, it is nearly impossible that the hacker that created the lookup table would have generated the hash for the String ;L'-2!;+=#/5B)40/o-okOw8//3apassword. The second method that attackers use to crack passwords is called brute force cracking. This means that the attacker writes a computer program that can generate all possible combinations of characters that can be used for a password and then computes the hash for each combination. This program can also take a salt if the password was hashed with a salt. The attacker then runs the program until it generates a hash that is the same as the hash from the database. Here’s a simple Java program for cracking passwords. We left out some detail to keep the code short (such as all the possible password characters), but you get the idea.

This program will generate all the possible passwords with lengths between 6 and 8 characters and then hash each one until it finds a match. This type of brute-force hacking takes time because of the number of possible combinations.

Let’s bust out our TI-85 calculators and see if we can figure out how long this program will take to run. For this example we will assume the passwords can only contain ASCII characters (uppercase, lowercase, digits, punctuation). This set is roughly 100 characters (this is rounded up to make the math easier to read). If we know that there are at least 6 characters and at most 8 characters in a password, then all the possible combinations can be represented by this expression:

The result of this expression is equal to 10,101,000,000,000,000. This is quite a large number, North of 10 quadrillion to be a little more precise, but what does it actually mean when it comes to our cracking program? This depends on the speed of the computer the cracking program is running on and how long it takes the computer to execute the SHA2 algorithm. The algorithm is the key component here because the rest of the program is extremely fast at creating the passwords.

Here’s where things get dicey. If you run a quick Google search for “fastest bitcoin rig” you’ll see that these machines are rated in terms of the number of hashes they can perform per second. The bigger ones can be rated as high as 44 TH/s. That means it can generate 44 tera-hashes per second or 44,000,000,000,000.

Now, if we divide the total number of passwords by the number of hashes we can generate per second, we are left with the total time it takes a Bitcoin rig to generate the hashes for all possible passwords. In our example above, this equates to:

This means that using this example Bitcoin rig, we could generate all the hashes for a password between 6 and 8 characters in length in roughly 4 minutes. Feeling nervous yet? Let’s add one additional character and see long it takes to hash all possible passwords between 6 and 9 characters.

By adding one additional character to the potential length of the password we increased the total compute time from 4 minutes to 6 hours. This is nearing a 100x increase in computational time to use the brute force strategy. You probably can see where this is going. To defeat the brute force strategy, you simply need to make it improbable to calculate all possible password combinations.

Let’s get crazy and make a jump to 16 characters:

To boil down our results, if we take these expressions and simplify them, we can build an equation that solves for any length password.

What does all this math mean?

If you allow the use of short passwords, which makes them easy to remember, you need to decrease the value of computeSpeed in order to maintain a level of security.

If you require longer randomized passwords, such as those created by a password generator, you don’t need to change anything because the value of computeSpeed becomes much less relevant.

Let’s assume we are going to allow users to select short passwords. This means that we need to decrease the computeSpeed value which means we need to slow down the computation of the hash. How do we accomplish that?

The way that the security industry has been solving this problem is by continuing to increase the algorithmic complexity, which in turn causes the computer to spend more time generating one-way hashes. Examples of these algorithms include BCrypt, SCrypt, PBKDF2, and others. These algorithms are specifically designed to cause the CPU/GPU of the computer to take an excessive amount of time generating a single hash.

If we can reduce the computeSpeed value from 4.4e13 to something much smaller such as 1,000, our compute time for passwords between 6 and 8 characters long become much better. In other words, if we can slow down the computer so it takes longer for each hash it has to generate, we can increase the length of time it will take to calculate all of the possible passwords.

Not bad. By slowing down the hash computation, we have increased the time from 4 minutes using our Bitcoin rig to 320,300 years. In this comparision you can see the practical difference between using SHA2 and BCrypt. BCrypt is purpose built to be extremely slow in comparison to SHA2 and other more traditional hashing algorithms.

And here lies the debate that the security industry has been having for years:

Do we allow users to use short passwords and put the burden on the computer to generate hashes as slowly as reasonably still secure? Or do we force users to use long passwords and just use a fast hashing algorithm like SHA2 or SHA512?

Some in the industry have argued that enough is enough with consuming massive amounts of CPU and GPU cycles simply computing hashes for passwords. By forcing users to use long passwords, we get back a lot of computing power and can reduce costs by shutting off the 42 servers we have to run to keep up with login volumes.

Others claim that this is a bad idea for a variety of reasons including:

At the time of this writing, there are still numerous simple algorithms that have not been attacked, meaning that no one has figured out a way to reduce the need to compute every possible hash. Therefore, it is still a safe assertion that using a simple algorithm on a long password is secure.

FusionAuth defaults to PBKDF2 with 24,000 iterations as the default password hashing scheme. This algorithm is quite complex and with the high number of iterations, it is sufficiently slow such that long and short passwords are challenging to brute force attack. Fusionauth also allow you to change the default algorithm as well as upgrade the algorithm for a user when they log in. This allows you to upgrade your applications password security over time.

If you are looking for a solution lets you manage and configure password hashing algorithms, FusionAuth has you covered. FusionAuth is a flexible and secure Customer Identity and Access Management solution. FusionAuth provides registration, login, passwordless login, SSO, MFA, data search, social login, user management and much more. Best of all, you can download and try it today for free.

GET STARTED FOR FREE