LDAP Connectors allow you to authenticate users against or migrate them from an LDAP server accessible to FusionAuth. 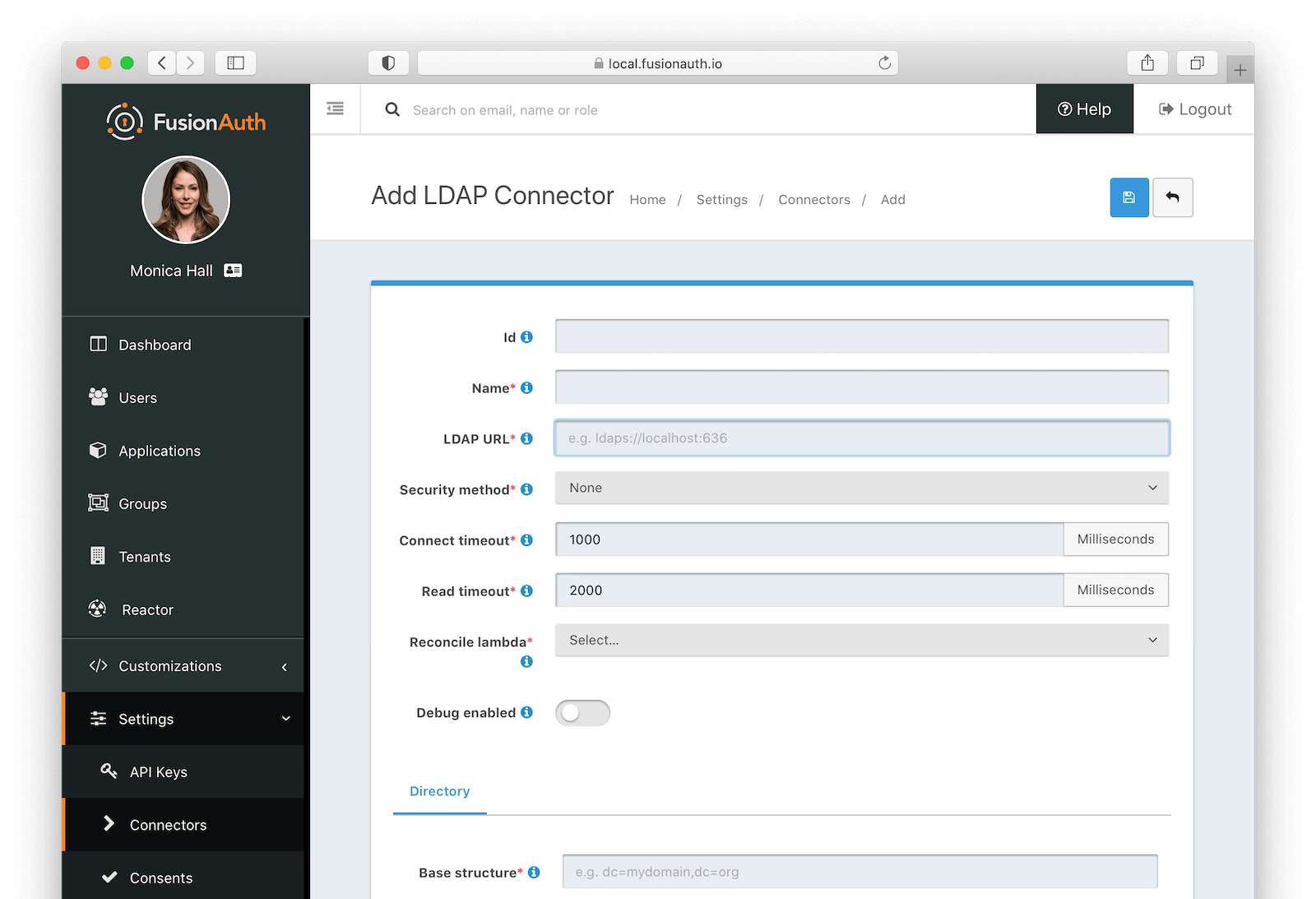 An optional UUID. When this value is omitted a unique Id will be generated automatically.

A unique name to identify the Connector. This name is for display purposes only and it can be modified later if desired.

The URL used to connect to the LDAP service.

Security method Optional default is None

The desired security method used to connect to LDAP. The default value of None is unencrypted which is not recommended unless you use an alternative method of securing your connection, such as a VPN.

The connect timeout in milliseconds used when making the request to LDAP.

The read timeout in milliseconds used when making the request to LDAP.

The lambda used to reconcile the user from LDAP to FusionAuth.

Navigate to Customizations → Lambdas to create this lambda.

Enable debug to create an event log to assist you in debugging integration errors. 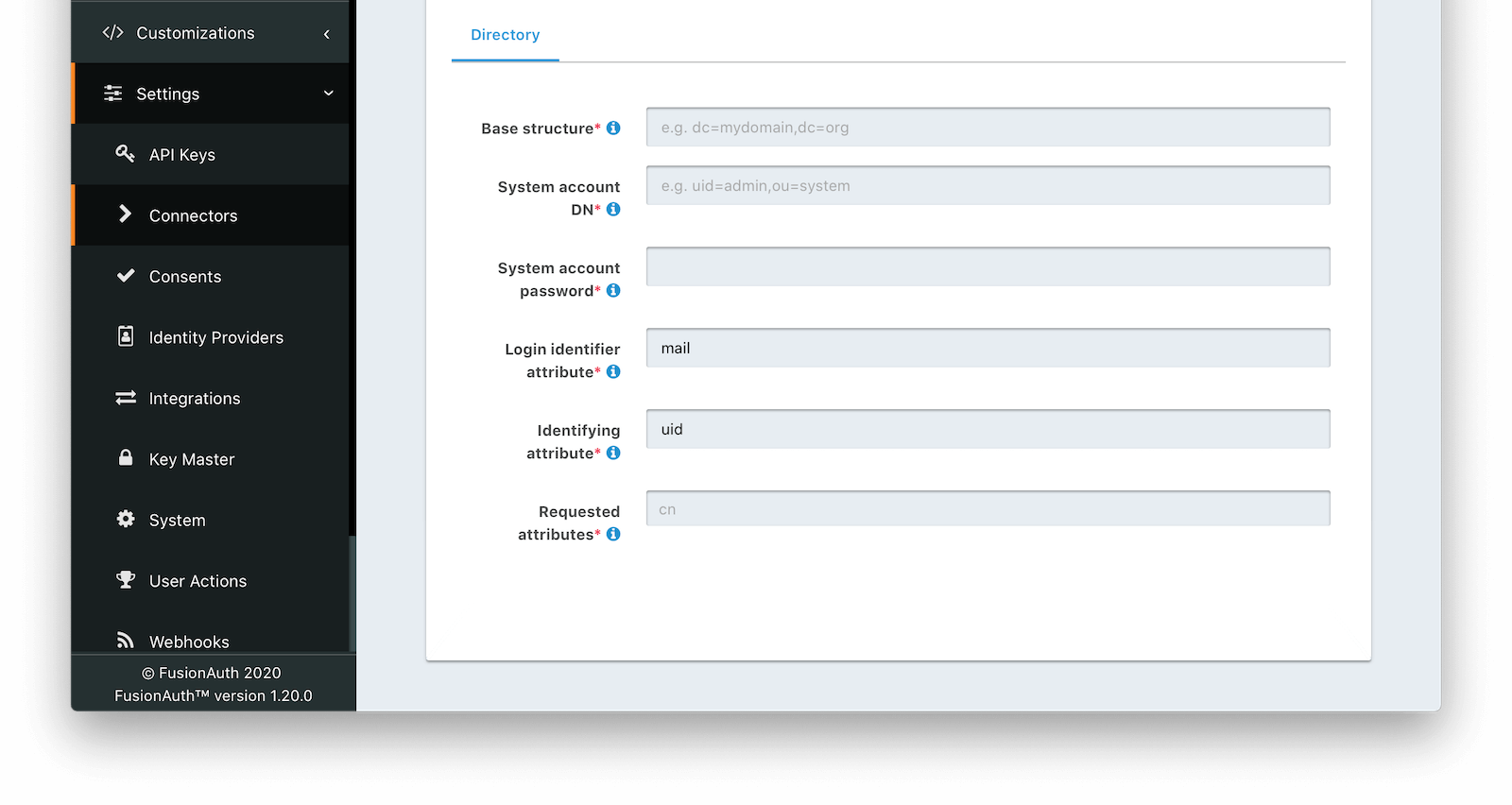 The base structure is the directory to use in order to search for users.

The distinguished name of an entry which has read access to the directory.

The value that the user would enter for their username on a login screen.

For example: uid or userPrincipalName

The entry attribute name which is the first component of the distinguished name of entries in the directory.

The list of requested directory attributes to be returned. These will be passed to the lambda to be converted into FusionAuth user attributes. These must be added one at a time.

Once you have completed configuration of the LDAP connector, you will need to instruct a tenant to use this connector.

Using the LDAP Connector as the System of Record

You can use this Connector as either a source of authentication or to migrate your users. In the former case, the backing LDAP directory remains the system of record (where the canonical user data exists). In the latter, the user is moved over once they have authenticated successfully one time, and FusionAuth becomes the system of record.

As documented, there are a number of differences between these two choices. However, one difference is worth emphasizing.

When you are not migrating the user and therefore using the backing LDAP directory as the system of record, the following user attributes will reset every time the user authenticates:

If, for instance, you were to register such a user for an application using the FusionAuth API or the administrative user interface, the next time they authenticated, they would not be registered for that application.

Since FusionAuth is not the system of record, the backing LDAP directory is the authoritative data source.

The correct way to maintain these attributes is to store them in the LDAP directory, request them using the Requested attributes, and use the reconcile lambda to set the user’s attributes appropriately.

User data stored in Microsoft Active Directory is accessible via LDAP. If you’d like to federate and allow some of your users to authenticate against Active Directory, use the LDAP Connector.

Here’s a video walking through such a configuration of FusionAuth and Microsoft Active Directory: